Michelle Rowe, from The Australian, travelled to Denmark enjoying the royal treatment on the Danish riviera.

DENMARK has had some memorably named kings, including Gorm the Old (also known as Gorm the Sleepy); Sweyn I Forkbeard (married to Sigrid the Haughty); Magnus the Good (from the Fairhair dynasty); Harald the Soft (poor chap).

But of those who’ve ruled this Scandinavian nation over the centuries, the not-so-memorably monikered Christian IV remains the most famous.

The ‘‘builder-king’’ left a fine heritage of renaissance buildings and it seems that everywhere I turn in Copenhagen there’s evidence of his legacy—the RoundTower, a striking astronomical observatory in the city centre; the Borsen stock exchange building with its distinctive dragon spire; and magnificent Rosenborg Castle.

Denmark’s longest-reigning king—Christian IV held the throne from 1588 to 1648—mayhave left the country on the brink of bankruptcy when he died but nobody could accuse him of lacking ambition. I’m on the way to visit perhaps the most magnificent of Christian IV’s monuments, Frederiksborg Castle, in the North Zealand countryside.

North Zealand is a favoured holiday spot for busy Danes and the picturesque 30-minute drive north of the capital reveals a rugged coastline of small fishing towns and villages and views across to Sweden on a clear day. Pristine woodlands further inland once acted as hunting grounds for royalty, including Christian and his cohorts. One such hunting estate in the pretty city of Hillerod, bought in 1560 by Christian IV’s father Frederick II, was to be transformed into Denmark’s equivalent of Versailles.

Over 20 years, Christian IV demolished the old estate and replaced it with one of northern Europe’s finest renaissance castles. It’s a sprawling, ornate assemblage with a four-storey moated building of three wings comprising towers, turrets and obelisks set across three islands linked by curved bridges. With an intricately designed baroque garden to its rear, Frederiksborg Castle would be the Danish royal family’s main residence for more than a century.

But in 1859 disaster struck. Frederick VII, a hardpartying king and something of the black sheep of the family, was in residence when a fire broke out in a storeroom and the place burned to the ground. Frederick and his third wife, Louise Rasmussen, loathed by Danish high society for her background as a dancer and actress (professions deemed little better than prostitution at the time), beat a hasty retreat. Were it not for one of the world’s most famous beermakers, Frederiksborg’s history may have ended there. But Jacob Jacobsen, founder of Carlsberg Breweries, provided much of the funding to reconstruct the castle.

Using original architectural drawings and plans found in historical archives, Jacobsen and a handful of other benefactors restored Frederiksborg as closely as possible to its original state, and turned it into the Museum of National History Frederiksborg Castle.

I wander the museum, in which the castle’s faithfully restored rooms have been transformed into an incredible network of galleries housing portraits, paintings, furniture, photographs and decorative pieces spanning the Middle Ages to the 21st century.

It’s in a gallery on the third floor, in which the museum’s modern collection is displayed, that I bump into Princess Mary. An astounding likeness of the former Tasmanian real estate executive, now Denmark’s future queen, has been constructed entirely of rolled and tied newspapers by Danish artist Gugger Petter.

This is not the only place the Australian princess’s presence is felt in a display that pays homage to monarchs old and new. In the historic Chapel of the Orders, one of few parts of the original castle to survive the fire, I spy Mary’s coat of arms, and that of her father John Donaldson, among an incredible display of 3500 shields representing world figures as diverse as Nelson Mandela, Dwight Eisenhower and Winston Churchill.

While there is much to explore at Frederiksborg— the gardens alone could fill a few hours — it’s not the only reason to spend a day or two in North Zealand, often referred to as the Danish Riviera.

The Louisiana Museum of Modern Art, an architectural gem in the coastal village of Humlebaech, is a stone’s throw away. Set in a vast sculpture garden with works from the likes of Miro and Dubuffet, Louisiana is nothing if not eclectic.

Its permanent exhibition features pieces by Picasso, Warhol and Giacometti and I amhere in time to catch a Yoko Ono retrospective and a striking series of Arctic images and stories.

If visiting here, be sure to pause at the extremely wellstocked Louisiana Shop — it’s a fabulous repository of Danish and Scandinavian designs, from well-priced jewellery to kitchenware and textiles. 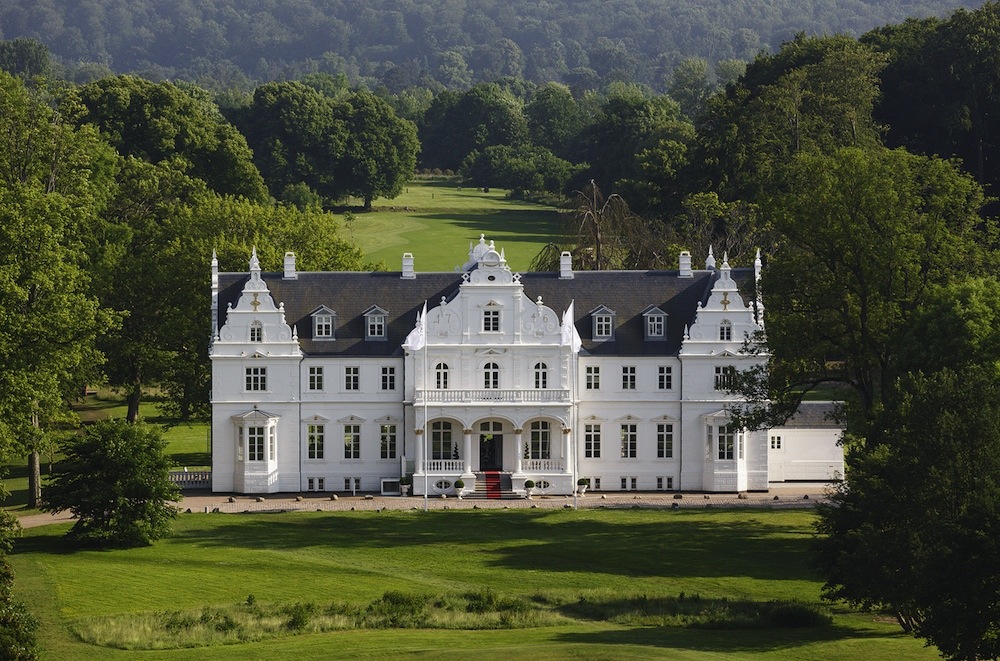 After an immersion in all things Christian IV, I fancy my own taste of the royal life, so I’m off for afternoon tea atnearby Kokkedal Castle, an 18th-century country manor, recently transformed into a luxury 62-room hotel and spa. In an elegant drawing room with views out to Kokkedal’s terrace and verdant gardens, I am presented with a multi-tiered serving of sweet treats including macarons with lemon and white chocolate; a layered cake with hazelnuts, apples and black currant mousse; and ‘‘Napoleon’s hats’’ constructed of marzipan and dark chocolate.

Homemade chocolates in flavours such as green tea and quince, and lemon and sour cream complete a regal lineup, washed down by a nice cup of tea. Which brings us back to those creatively named monarchs. Pity poor old Olaf Hunger, who ruled Denmark from 1086-1095 (long before Kokkedal Castle was a twinkle in a nobleman’s eye). Surely he could have done with a spread like this.

Article written by Michelle Rowe, in the Australian Weekend, 9 Feb 2014. 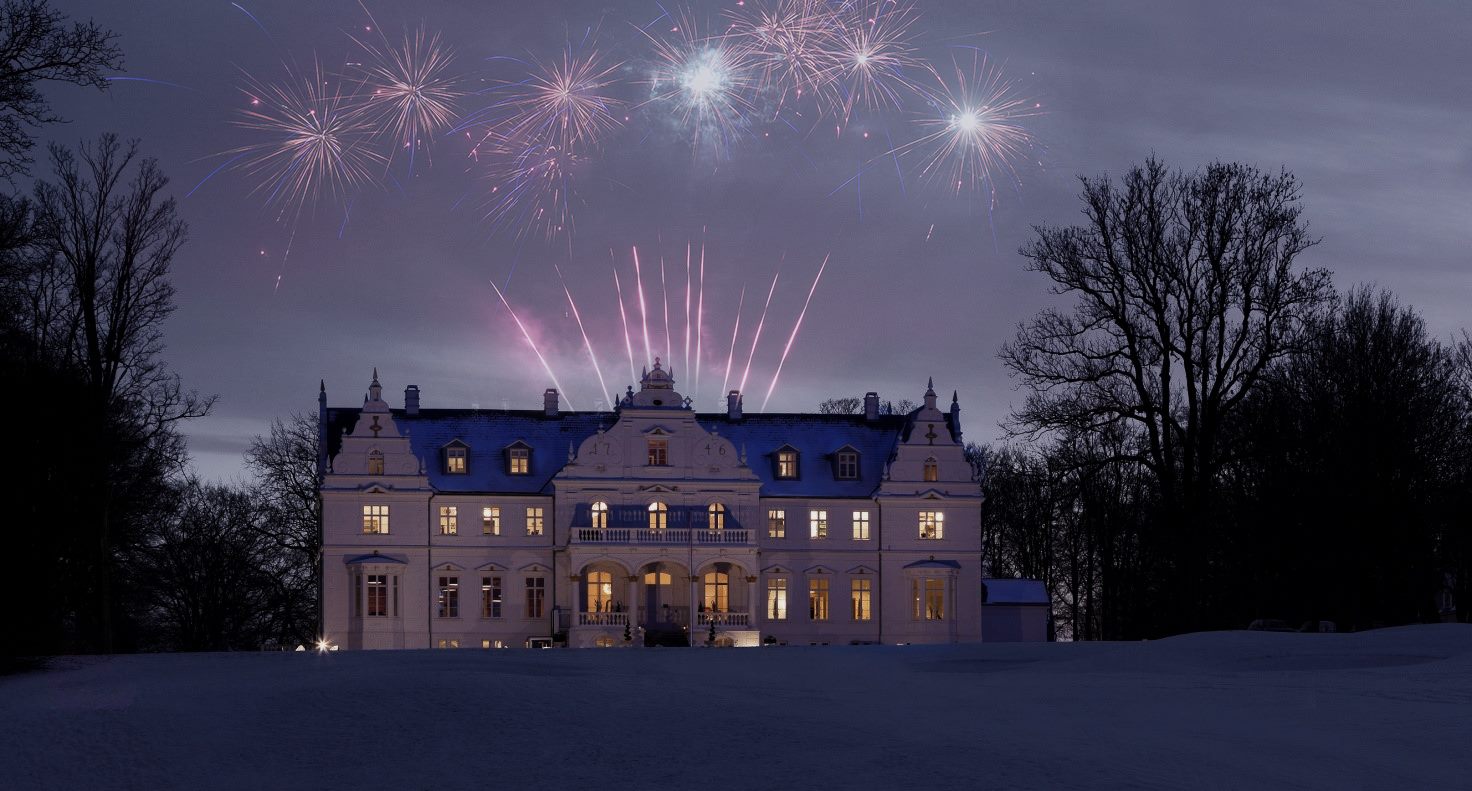